I was really looking forward to going to Dungeness, to see the biggest shingle beach in Europe, the looming spectacle of its power station, and Derek Jarman's pebbly garden. Fiona and I had arranged to meet friends for lunch at The Britannia pub – famous for its excellent fish and chips and its huge and unique collection of keyrings. The weather was appalling: strong winds are the norm at Dungeness but we had specially terrible ones that day, and sideways rain too. It was a bit of a white knuckle ride from Rye (Baa is 10ft tall – I may have mentioned that before – and doesn't much like a crosswind) and the landscape became increasingly barren. Visibility was so poor that we took a wrong turn down to the power station and found ourselves, having seen nothing taller than a sheep for several miles, in the employees very full carpark, under the shadow of all the pylons that converge there. It felt rather alarming. 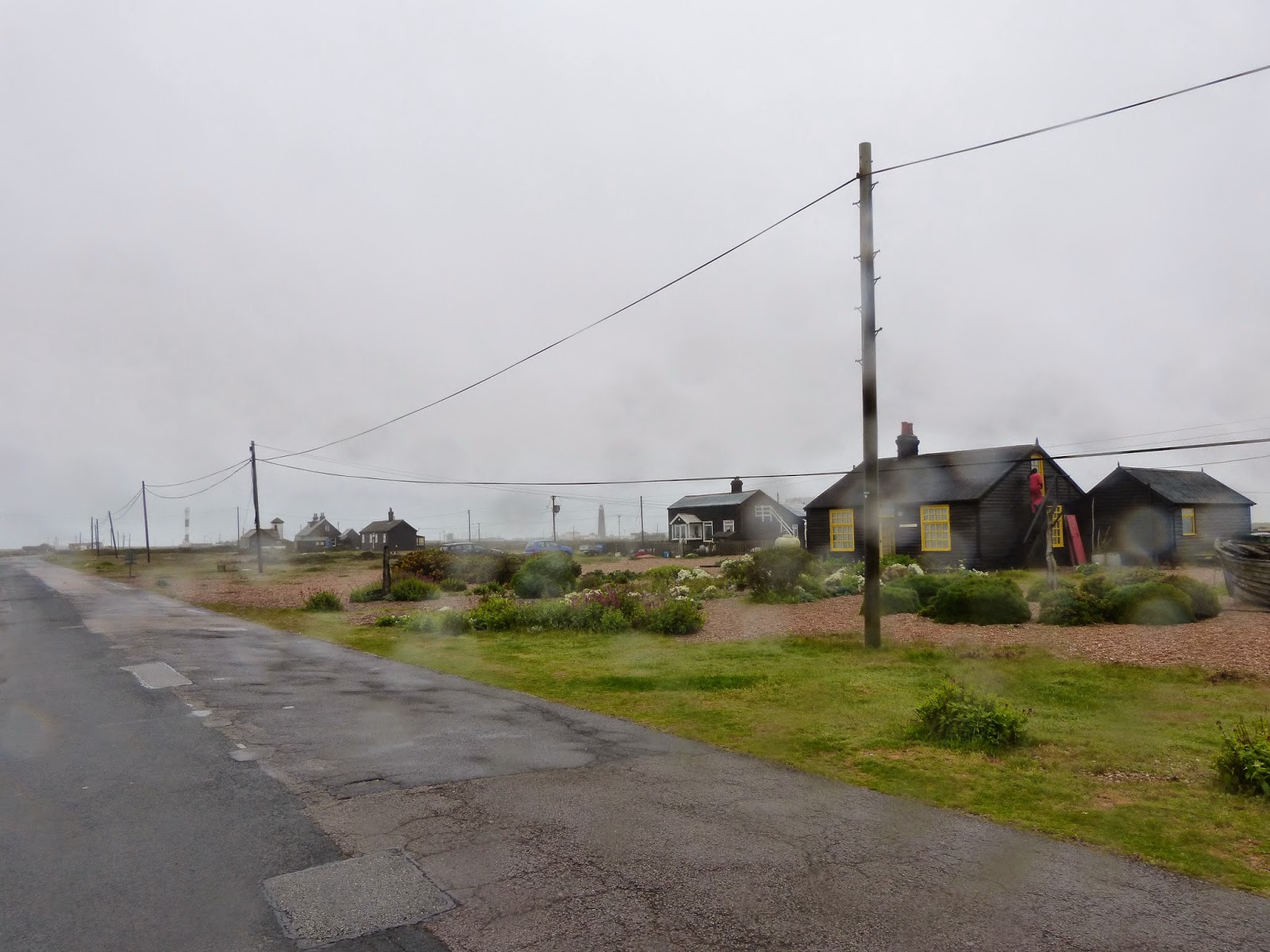 We turned round and headed for the lighthouse and saw rows of houses near the sea. Do people live there? Or rent holiday cottages? Does the wind ever stop? As we got near our destination we saw more activity: a fish stall, two men mending a car, boats (on land, they must have been strapped down) and black-painted clapperboard houses like big black beetles in the shingle. Derek Jarman's, Prospect Cottage, is one of these. I had imagined it would be more remote, on its own, but it's easy to spot because it has plants and things in the garden, and yellow windowframes – (note on window saying you can look at the garden but don't peer in the window). 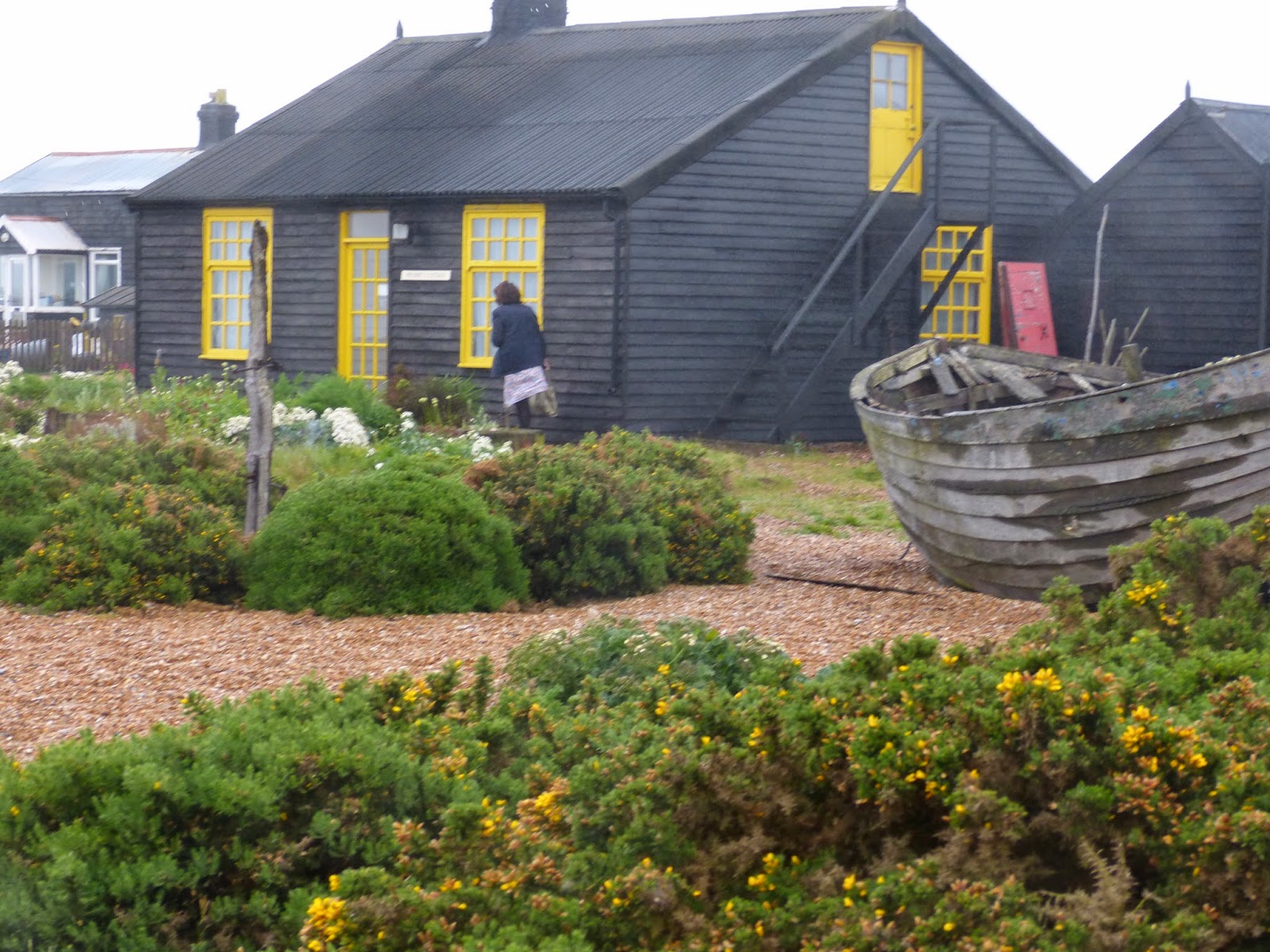 On to the pub and the van door was almost ripped out of my hand – there's no chance we would walk on the biggest shingle beach in Europe without taking off like kites - the wind blew our eyelids shut. But we had a lovely time – Mickey and Kitten were there, sitting amongst the keyrings, and the fish and chips didn't disappoint.

Posted by Geraldine Keith at 14:46