Colchester is a Roman town, and not only did the Romans have their biggest garrison here, but they also started cultivating oysters.

I went to see the Colchester Oyster Factory at East Mersea who haven't been going quite that long, but since 1963, so are the most established oyster fishery here and one of the biggest in the country. They send oysters – most seafood: lobster and crabs, razor clams, scallops - all round the country from here. Graham showed me round.
The factory is on the Pyefleet Creek, on the River Colne and it's a beautiful stretch of water with Colchester up to the north (Wivenhoe and Rowhedge, etc) and Brightlingsea to the east. (Brightlingsea is the nearest UK point to Holland, 18 hours in a sailing boat).
Oysters are filter feeders (they can filter 35 gallons of water a day), and the rich nutrients that run down in the water from the surrounding farmland, and the temperature of the water, make this river just right for oysters. It wasn't so right in the very harsh winter of 1963 when the water froze solid and you could walk on it to Brightlingsea. All the stock died and that is when the Colchester Oyster Fishery took a lease on it from Colchester Council. 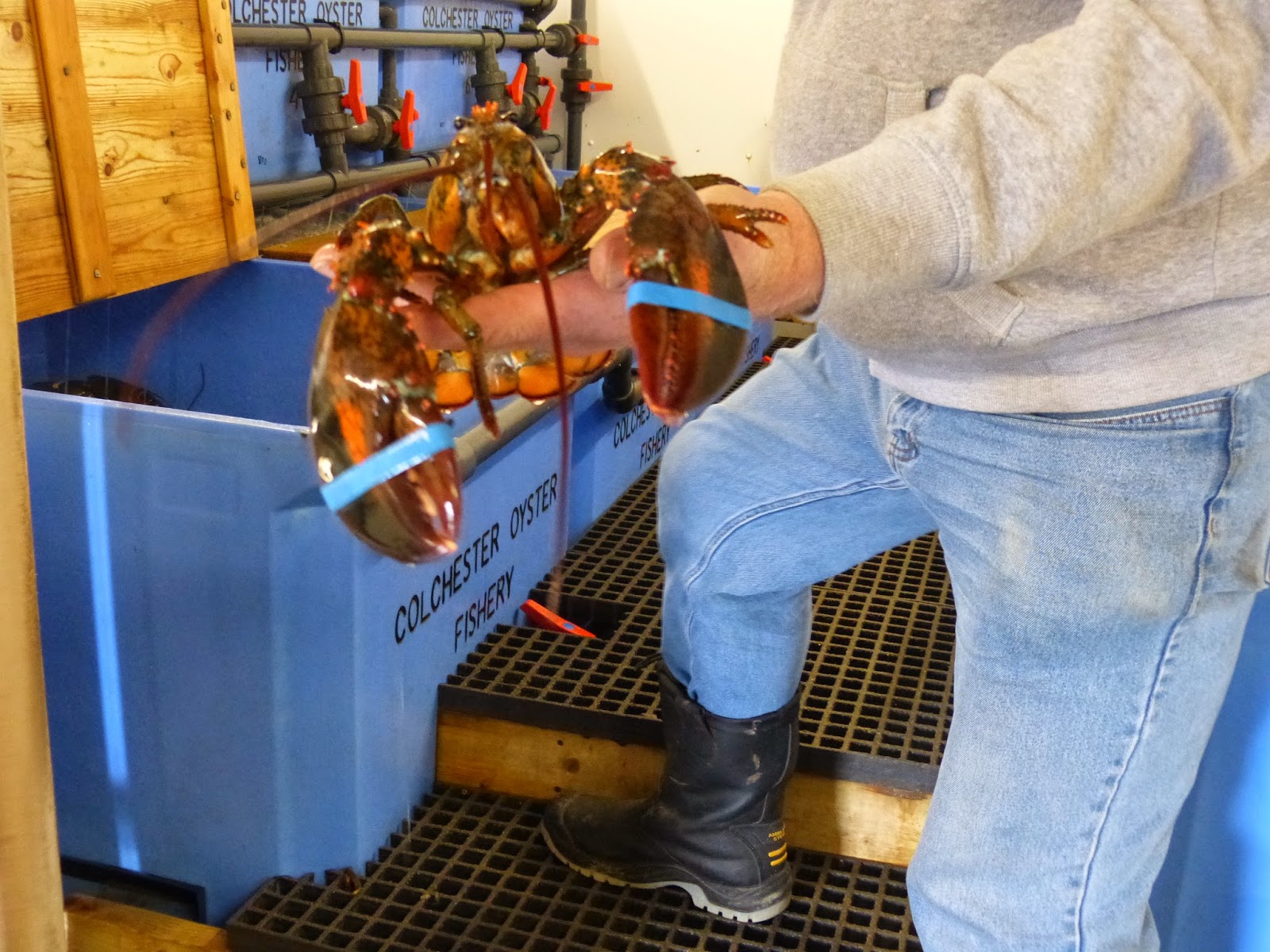 Rock Oysters were brought in later – they are bigger and more resilient that the native flat oysters (which are smaller, flatter and, some say, sweeter). The spat (minute oyster egg) attach themselves to stones and crumbled up old shell on the sea bed and it takes four years for native spat to develop into a marketable oyster, and just two years for a rock oyster. When they're brought in on the boats they go into a washing machine and then spend 48 hours being rinsed in flowing UV filtered water - I'm pretty sure it was UV, certainly no chemicals involved - which kills any bugs.
I asked Graham why some of us can't eat oysters because we've had a bad one. He told me quite quickly that the re is no such thing as a bad oyster (unless it's dead one, when it would have gone bad) but that it is in us. Our bodies set up a reaction – like Graham's has!
Lobster and crab were introduced to the Colchester Oyster Fishery more recently but they are brought in from places like Cromer which has fast-flowing clear water – crustaceans would choke to death on the river mudflats which the molluscs thrive on. Graham gave me the name of a lobster and crab fisherman in Cromer and I am hoping I may go crabbing with him...

Posted by Geraldine Keith at 11:41

35 gallons of water a day! Heavens, we could learn about hydration from oysters, couldn't we?

And I love your strapline ... I suppose none of us have any idea where we'll end up, but you've said it. That's brave.