It was the most beautiful day when I set forth up the Essex coast, the first of a promised spell of sunshine. To me Essex is an inland place; my grandfather farmed near the Suffolk border; and I once did some work in Basildon (which hasn't got great charm). My only taste of the seaside was a trip to Frinton with my grandparents 50 years ago.
The east side of Essex is accessible only to determined motorists as it is dissected by a series of rivers – the Roach, the Crouch, the Blackwater and the Colne – but it's a haven for sailors and wildlife. I stayed in West Mersea, parked in the garden of a friend, David Cole, looking south over the Blackwater Estuary. David is a most informed person on this region having lived around here for most of his life, for many years on Osea Island, opposite Maldon. 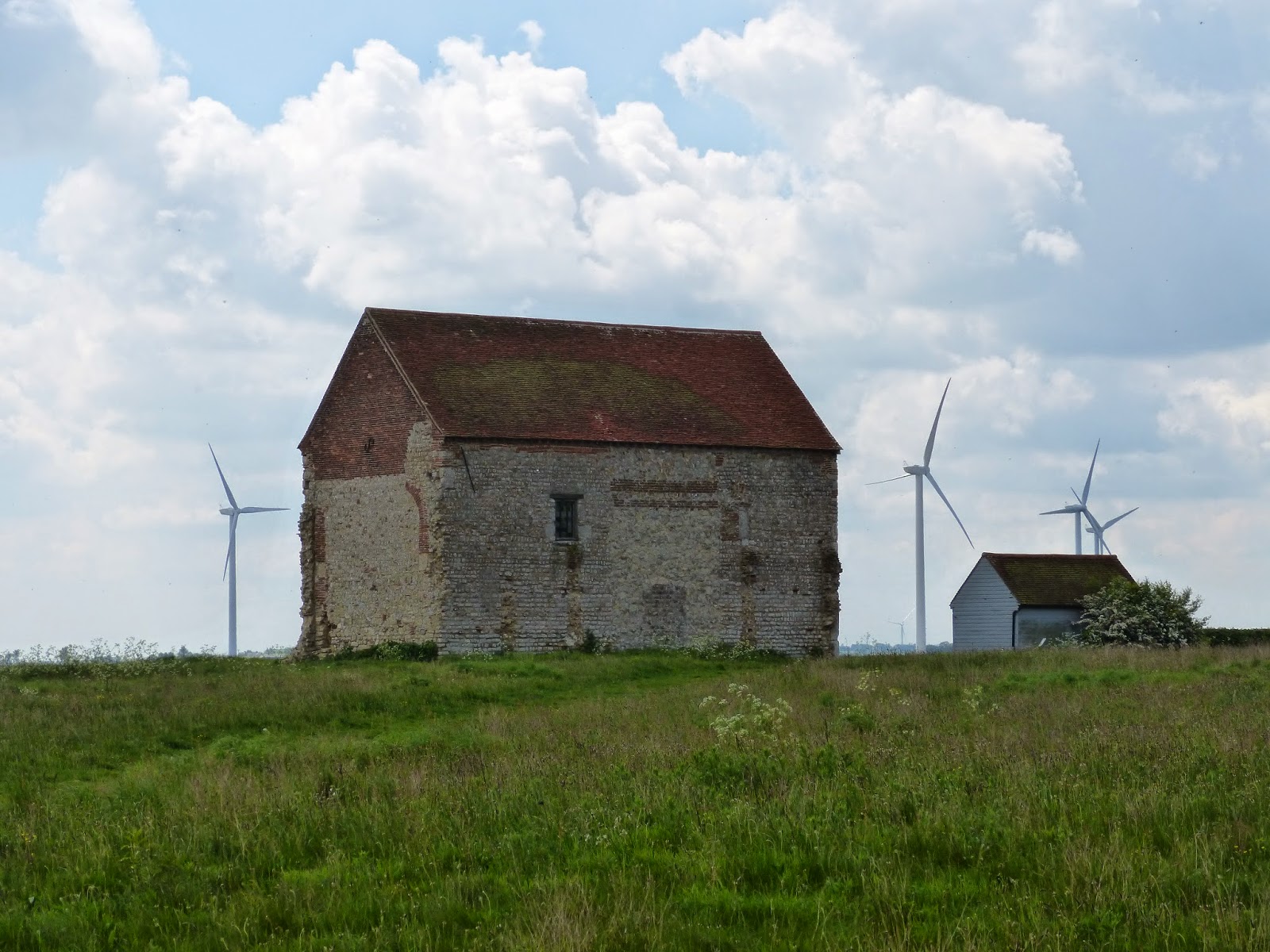 On the far side of the estuary, maybe three miles across the water, is a charming place called Bradwell on Sea, and the Chapel of St Peter on the Wall (right), one of the oldest christian churches in England, dating from the 7th century. In order to see it I travelled about 35m by car - up to Maldon, and out again through lush, flat farmland with grazing horses and fields of wheat and rape. Old certainly meets new here – there is a power station on the south side of the estuary and the backdrop is a windfarm: there are windfarms far out to sea (some not so far out) all along the coast. Some of them can look rather beautiful, I think, and some a bit of an eyesore. The vanes sticking up around the ancient Chapel certainly looked pretty strange.
Maldon, known for its salt (heralded by many chefs as the best you can buy) has long been famous for its battle.
In AD 991 the Vikings landed south-east of Maldon at Norsey Island, thinking it was the mainland.
Earl Byrhtnoth led the English into  a bloody battle. The Vikings offered terms, of gold and land to withdraw, but Byrhtnoth refused. The English were defeated and Byrhtnoth was killed.
Today Maldon is much calmer, a charming place with  a wide high street and pretty ice cream coloured houses. The road by passes by the Hythe where Thames barges are tied up, and further round The Promenade Park on the riverbank is the social hub of the town in summer. On Sunday 25 May the Annual Maldon Mud Race takes place by Promenade Park.
Posted by Geraldine Keith at 07:28