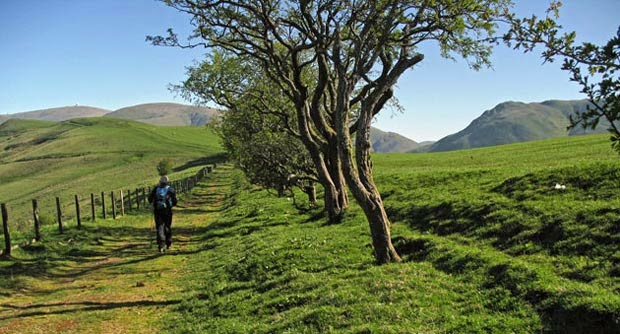 Dumfries & Galloway stretches from Stranraer in the west to east of Langholm, along the top of the Solway Firth; the skyline is dominated by the lovely Southern Uplands. Its coastline is dotted with pretty fishing villages and fringed with sandy beaches and the region is the centre for the visual arts in southern Scotland.
On the way up from the Isle of Whithorn, I went to Wigtown, Scotland's National Book Town which is stuffed with book shops and has a popular annual Book Festival in the autumn. Further east, Kirkcudbright is a pretty harbour town of Georgian houses and coloured paintwork with an arty crafty vibe: it is known as the Artists' Town. The artist E A Hornel came to live here in 1866 and several of The Glasgow Boys – a collective mostly trained in Glasgow who depicted different facets of Scottish life - followed him. At about this time the successful artist and illustrator Jessie M King and her artist husband E A Taylor also came to live here. For artists, the light of Dumfries & Galloway is of exceptional quality.
Cathy Agnew, whom I have mentioned earlier, has played a key role in the recent cultural development of this region. She managed the reincarnation of what was a derelict primary school in New Galloway into a vibrant arts and community centre called CatStrand – so named after a stream that runs under the building. A £1million development project over seven years created what is now a hub of activity in this small town (Scotland’s smallest Royal Burgh) with a full programme of visiting artists and performers as well as classes and functions for the locals. 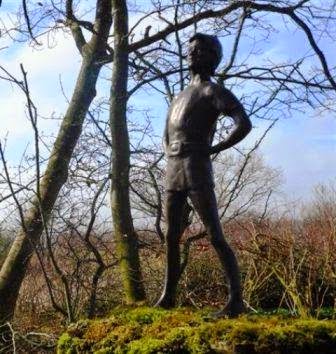 Cathy is now Project Director of the Peter Pan Moat Brae Trust which was set up to save and refurbish a Georgian townhouse called Moat Brae in Dumfries. J M Barrie played in the garden at Moat Brae as a child and said it was the inspiration behind Peter Pan's Neverland. The plan is to create a national Centre for Children’s Literature and Storytelling which is set to open in 2017. It's an exciting vision with Joanna Lumley as its Patron and, having visited Moat Brae, I can really see how exciting and magical it will be.
Castle Douglas has been designated the Food Town of the area and I dropped in to the cattle market there to see Cathy's husband, Richard, selling some beasts before I headed for England. 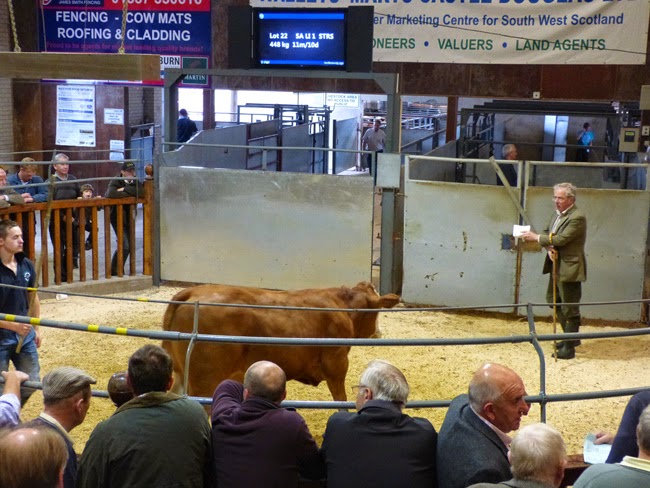 That was a baffling experience! I couldn't understand what was going on because the auctioneer talks incredibly fast in indecipherable cattle-speak. I had been strongly advised by Richard neither to wave at him or catch the auctioneer's eye, and thus I avoided heading south with any cloven-hoofed passengers.

Posted by Geraldine Keith at 09:19