Bad weather set in after Cape Wrath, and it rained on and off for four days. In my efforts to stick to the coast I went along some pretty hairy roads – (very) narrow with passing places. Mountains to the left and the coast to the right. When the road winds inland there are wonderful sea lochs to drive round with islands like sleeping giants protecting the coast from the Atlantic. 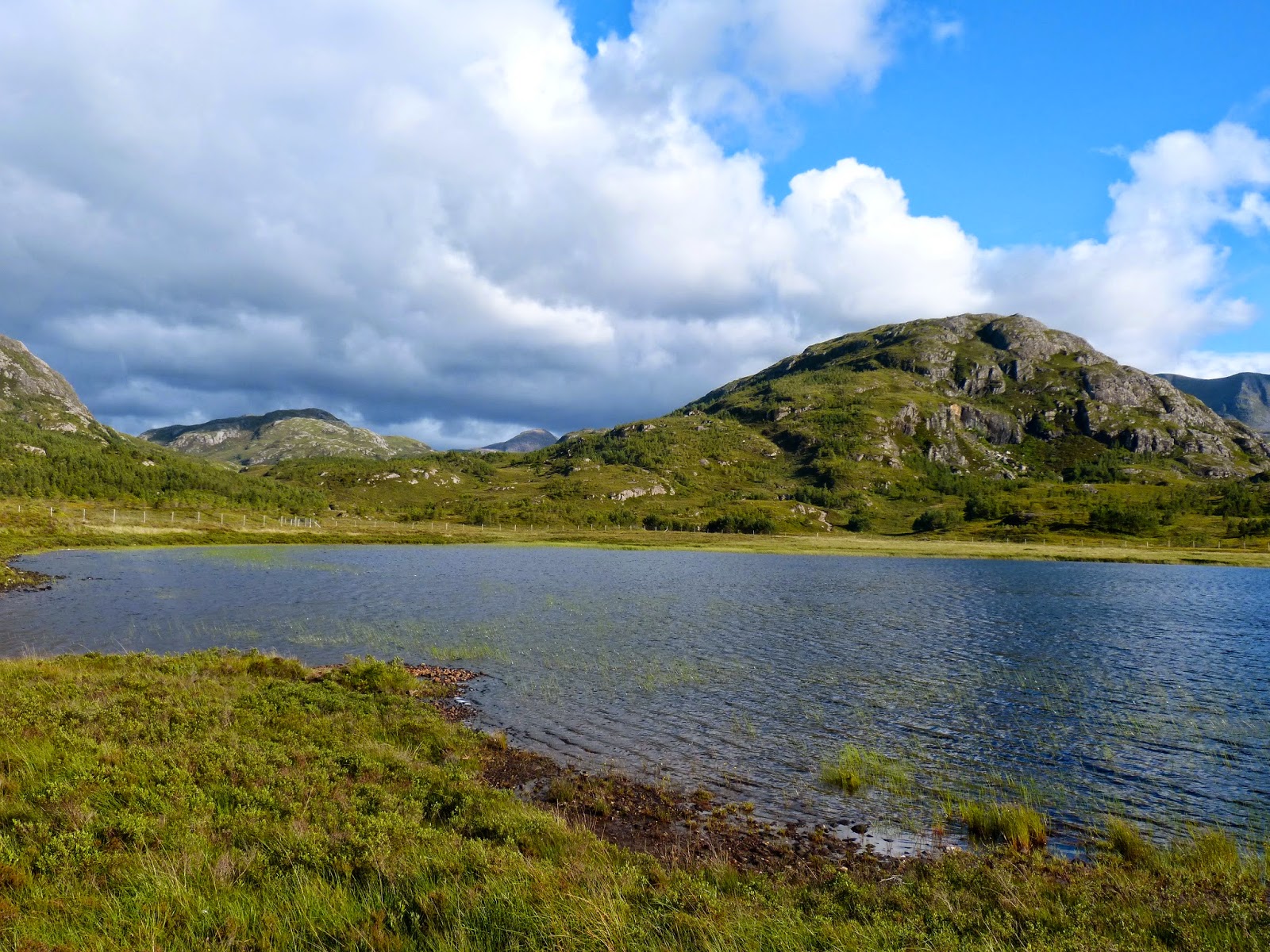 The hills are very green, with rocks pushing through the grass, and when the hills get bleaker there's more rock than grass. I had to tell myself this is a tour, not an endurance test, and I hadn't really gained much by sticking to the coast, in taking such an arduous route to Lochinver. Someone on my Cape Wrath minibus thought my foot (the one with horsefly bites) looked infected and I found a doctor to look at it in Lochinver. It was 7pm and the rain had subsided for a bit. The foot was fine.
I was aiming for Achiltibuie, on a promentary west of Ullapool accessible by only one road, where I had been told I could get a boat trip round the Summer Isles. The 15m from the main road to Achiltibuie took ages and I felt exhausted by the time I pulled up in a nice flat gravel carpark at 9.15pm. I felt sure no one would mind me stopping for the night, and found a bottle of beer in the fridge and cooked supper. I would be in the front of the queue for the boat ride to the Summer Islands in the morning.
It rained all night and in the morning a black VW van with no windows pulled up and a severe looking man got out. I was in the Free Church of Scotland car park, and I think he was the minister.... It was Sunday morning. He unlocked the gate and a herd of sheep scampered out of the churchyard. Then the minister disappeared. 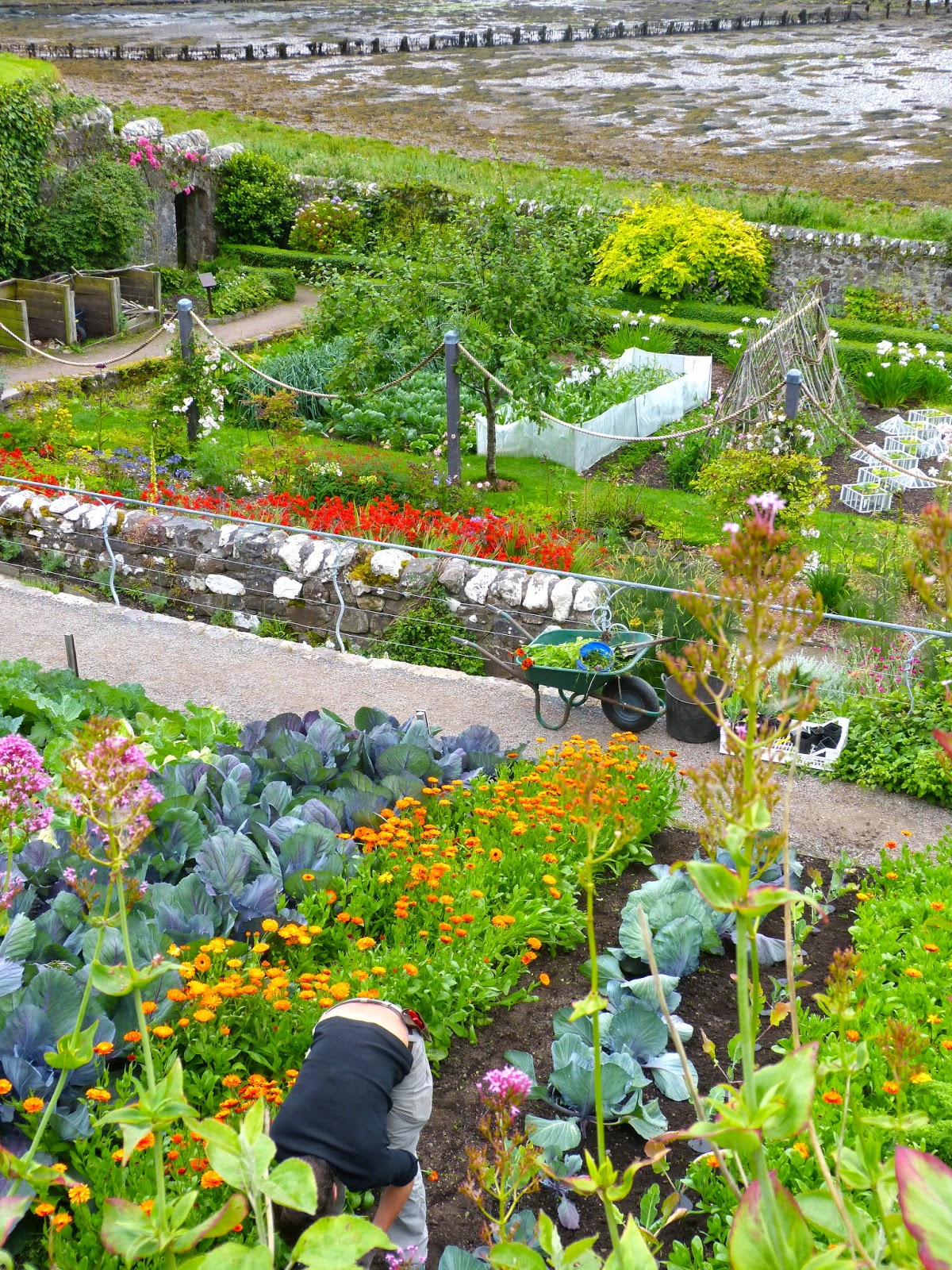 I asked at a cafe about the boat trip to the Summer Isles. Yes, I was in the right place - but no, it doesn't go on a Sunday. It didn't go from Ullapool either – not on a Sunday. So I never got to the Summer Isles and instead drove on to the lovely Inverewe Garden which sits on the side of Loch Ewe. The rain had stopped and it was a wonderful evening. Inverewe was developed in the 1860s, and has a fantastic collection of exotic plants and trees which thrive because of the Gulf Stream and the protection of the woodland behind the garden. I loved the willow sculptures – a horse and two men working the garden – made by Trevor Leat, which have a real presence here. The garden is magical. 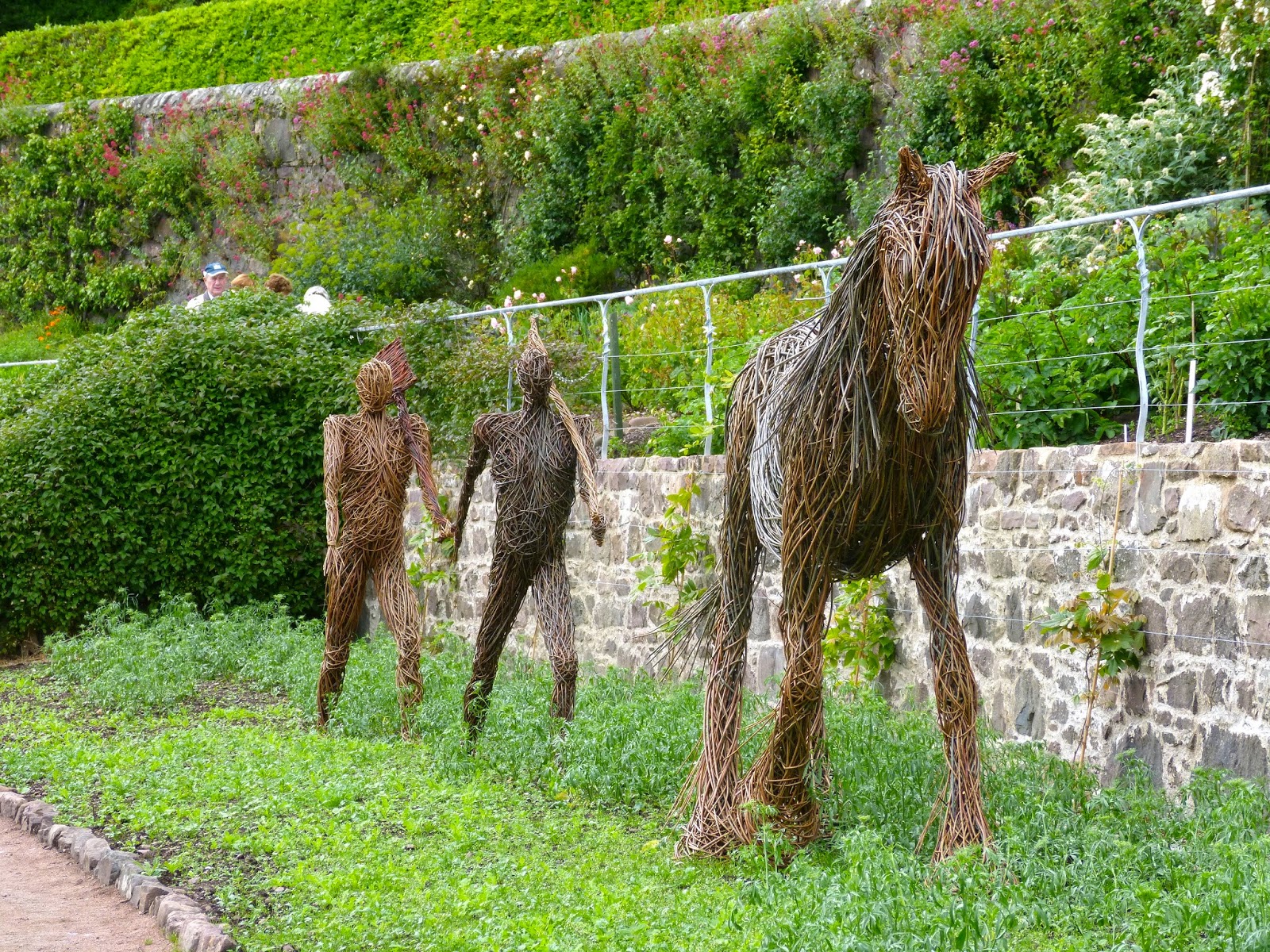 Posted by Geraldine Keith at 10:31