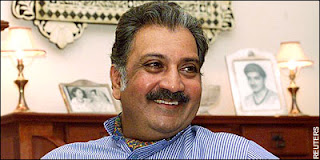 I met HH Maharaja Gaj Singh II when I was in Jodhpur. The introduction came from a friend in London, Daphne Dormer, who is truly a Certain Woman, and has been working in PR for many years. I met Daphne in the eighties when she did the PR for The Chelsea Gardener on the King’s Road. She is very well connected and has many good friends in India – and she has been incredibly kind and helpful to me over this trip.
I stayed at the wonderful Bal Samand Palace, one of the royal family’s summer residences which overlooks a beautiful lake, 10km outside  Jodhpur. One of the drivers, Bhoma Ram, was the person who met me at Jodhpur bus station at whatever time it was in the night when I got off the bus from Jaipur after the terrible time getting the ticket, etc. I was dazed and confused and generally pretty exhausted and grubby, getting my case from the luggage bit under the bus and when I looked up there he was, cool as you like, in his grey uniform with a burgundy red beret with a brass vulture cap badge – Rathore uniform.
It was also Bhoma Ram who drove me up to the Umaid Bhawan Palace, part royal residence, part Taj Hotel. It is very grand and the most super-luxe place to stay in Jodhpur and you feel pretty royal arriving with security, turbaned door-men bowing -you get those in lots of smart places, but here there is a huge, elegant portico and red carpet up the steps. The palace sits on a hill overlooking Jodhpur – vast and built in the 1930s in art deco/rajput style out of honey-coloured sandstone and marble, with a 100ft cupola in the middle –and sweeping lawns.
I met the Maharaja, known as Bapji, in a drawing room in the royal apartments and I confess I was a little anxious. He may not be royalty now, but it still feels pretty royal. I waited for a short while – the room is elegant and comfortable, not overly grand, decorated with lovely Indian miniature paintings, family photographs, coffee tables with piles of books stacked with a slide rule. He arrived, escorted by a wildly yapping Jack Russell terrier and a servant, and he could not have been more charming. Everyone says the same – one of those people who makes everyone relaxed, easy to be with. We talked for more than an hour and had a drink and shared a delicious bowl of puffed, spicy grains in a silver bowl.
For much of his early life HH was away from home, apart from holidays, educated in England from  the age of 8 to 22 (he is 63 now). When he came back he had no career as such – and no power, all having gone in a drawn out period after Independance. He obviously had a great time away, and there is a wonderful photograph of the child of the sixties returning home in 1970 – huge crowds gathered to welcome him back. And he has remained immensely popular ever since.
After Independance many of the traditions in India had faded into the background, and the career HH carved has been largely focused on culture. He set up the trust which runs the Mehrangarh Fort and museum (the largest visitor attraction and a definite ‘must see’ in Jodhpur), and highlighting the festivals – Diwali etc.  Five years ago RIFF (The Rajasthan Folk Festival) was launched, to highlight Indian music (not just folk), and Mick Jagger is patron, and the Sufi Festival has taken off too. Sufism is having a great resurgence in India and Sting is the patron.  HH has also developed royal palaces and forts into Heritage hotels over the region.
Two young Englishmen arrived – more frantic barking from the dog – to discuss a Guards’/Eton polo tournament in Jodhpur inDecember. More drinks, more eats, and then we all left. Polo is still huge in India and the royal family are great enthusiasts despite the terrible fall the Yuvraj Shivraj Singh, Bapji’s heir, had in 2005, from which he is slowly recovering.
So, while many a Maharaja has faded into oblivion since losing their royal status – plenty sadly falling prey to the excesses of life – here is one who has not.

(This is posted from Mumbai... from Jodhpur to Jaipur and then to Mumbai)
Posted by Geraldine Keith at 06:26

yaa u r absolutely right.. baapji is a gem of a person..one of the most outstanding personalities i have seen... he is so humble and down to earth despite all the love and adulation... i would like to say he is royal by birth, royal by his deeds and the most important thing ROYAL AT HEART...